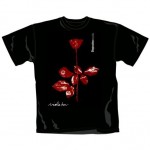 The recording debut of the band happened in 1980 although their debut album titled ‘Speak & Spell’ was released in the year 1981. The album peaked at #10 on the UK album charts.

The band performed various gigs in their early days. Their first single ‘Dreaming of Me’ was released in 1981 which reached #57 in the UK charts. The band came up with their second single ‘New Life’ soon which was also achieved huge success and peaked at #11 on the UK charts. The band’s third single titled ‘Just Can’t Get Enough’ cracked the top ten list of UK and became one of the most played and admired songs of all times.

Depeche Mode has released around 12 albums so far all of which became huge hits.